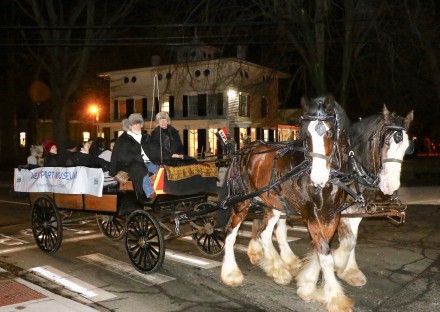 Carriage rides were a popular attraction at tonight’s First Light celebration despite a steady drizzle. The annual First Light Festival was launched last year to fill the void with the end of First Night. The event was organized by the Westport Museum for History and Culture, formerly the Westport Historical Society. (CLICK TO ENLARGE) Dave Matlow for WestportNow.com 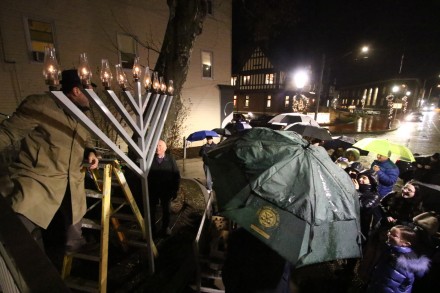 A Hanukkah menorah candle lighting ceremony on the eighth and final night of the Festival of Lights celebration was held tonight at the corner of Main Street and Post Road East during a steady rain. First Selectman Jim Marpe assisted in the ceremony amid a heavy police presence. (CLICK TO ENLARGE) Dave Matlow for WestportNow.com 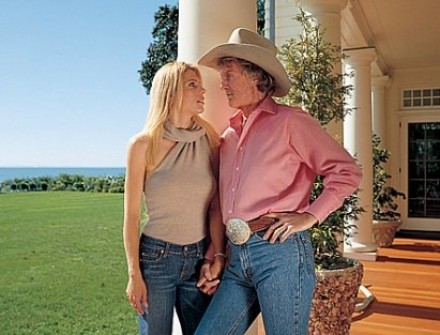 Former Westport resident and controversial radio talk host Don Imus died today in a hospital in College Station, Texas where he had been hospitalized since Christmas Eve. No cause of death was announced, but he had long complained of breathing problems and several years ago announced he had been diagnosed with prostate cancer. He and his wife Deidre had been Westport residents since 1997, living in a waterfront estate (above) on Beachside Avenue. They sold it in 2009 for $14.4 million. They both maintained a low profile here, but Imus did show up at the Westport Library twice when his wife promoted her books. Undated file photo 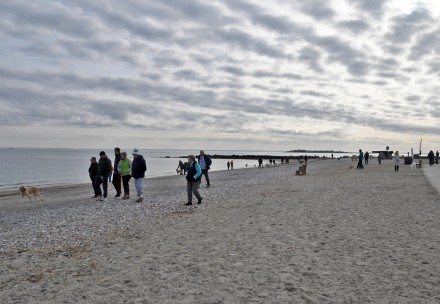 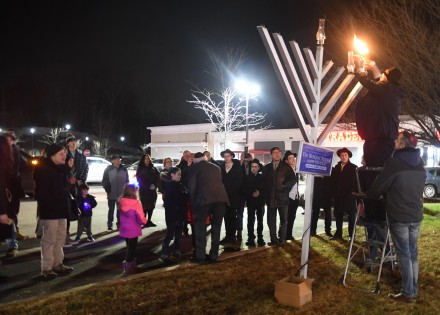 Rabbi Levi Stone of Westport’s Schneerson Center for Jewish Life tonight lights a candle on a giant menorah at the Compo Acres Shopping Center, 400 Post Road East, on the second night of Hanukkah. This menorah has been lit at this location since 2005 by the Schneerson Center, thus its “original menorah” designation. A separate lighting by other Jewish congregations will take place Sunday on Main Street and Post Road East. (CLICK TO ENLARGE) WestportNow.com photo 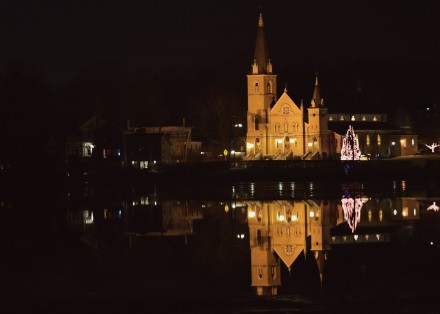 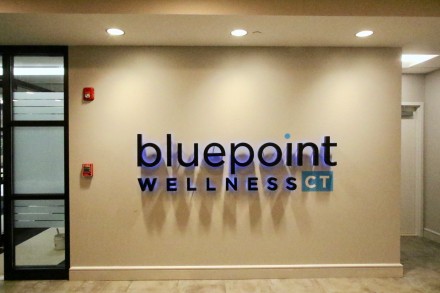 Green Thumb Industries (GTI) today announced it will open its BluePoint Wellness medical marijuana store on Monday at 1460 Post Road East. Hours are Monday through Thursday from 9:30 a.m. to 7 p.m., Friday from 9:30 a.m. to 6 p.m. and Saturday from 9 a.m. to 3 p.m. GTI said the number of registered patients in Connecticut is over 38,000 as of Dec. 15 with more than 8,300 of those patients in Fairfield County. GTI also has a store in Branford. (CLICK TO ENLARGE) Dave Matlow for WestportNow.com 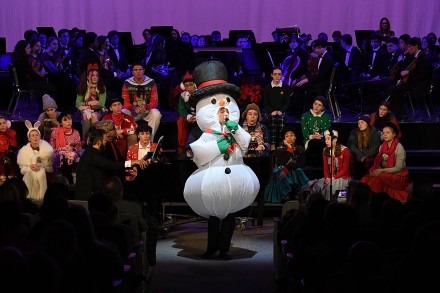 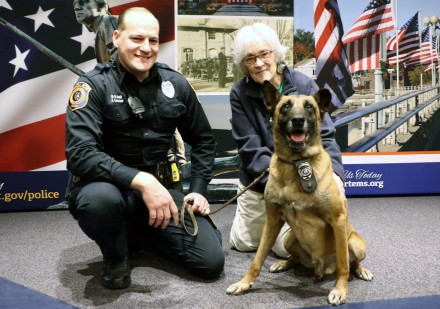 There was an official retirement ceremony today at Westport Police Headquarters for Police Service Dog . Koda, 9, retiring early after detection of brain tumor. The Belgian Malinois imported from Hungary has partnered with Officer James Loomer (l) since completing training in February 2012 and will retire with Loomer’s family. They posed with Joan Poster, the longtime Westport veterinarian, who with husband Dennis, have been major supporters of Westport’s K9 program. At the same time, the department launched a GoFundMe campaign to raise $40,000 to purchase a new dog and support ongoing expenses. (CLICK TO ENLARGE) Dave Matlow for WestportNow.com 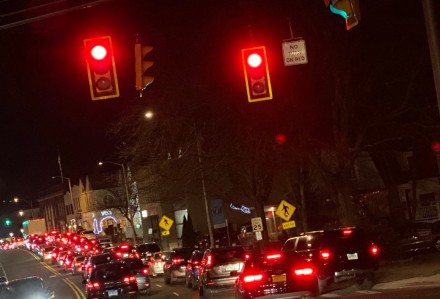 Traffic along Post Road East in Westport’s center was jammed tonight as shoppers mixed with motorists seeking to avoid delays on I-95 and the Merritt Parkway.  (CLICK TO ENLARGE) Helen Klisser During for WestportNow.com