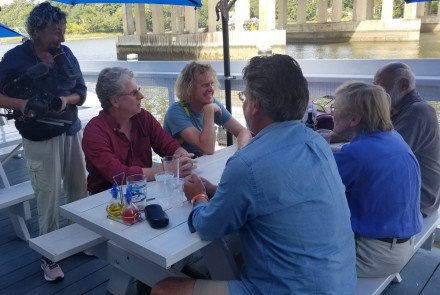 English contemporary artist Grayson Perry (3rd l) is in the United States filming a three-part documentary on the American Dream and today stopped at Westport’s Black Duck Cafe. He interviewed Westporters Ian Warburg, Carolann Curry, Michael Calise, and Matthew Mandell for their views. Advance publicity for the series said: “At a time when the nation can sometimes seem more divided than ever, he will spend time with people from very different walks of life, to try to understand how Americans today view issues of identity, race, money and class.” CLICK TO ENLARGE) Contributed photo 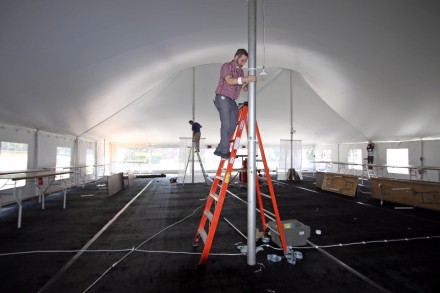 Preparations were underway today at the Westport Country Playhouse for its Black & White Gala on Saturday. It features Tony Award-winning Broadway star and Westport mom Kelli O’Hara and radio personality Seth Rudetsky. Tickets for the performance and gala party afterward are available at reduced rates through the box office. Call (203) 227-4177. (CLICK TO ENLARGE) Dave Matlow for WestportNow.com

The Westport Library today reminded teens that the deadline for submissions to its 7th Annual Teen Photo Contest, which is open to Fairfield County sixth through twelfth graders, is Friday, Sept. 27. 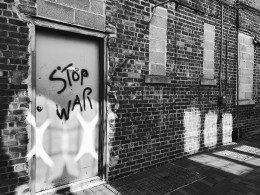 According to Timmons, this year’s theme is “Dot-Dot-Dot,” both an ellipsis and part of the library’s logo, which begs the viewer to seek more.

“The Library is asking teen photographers to submit photos that leave us with questions and make us want more,” Timmons said. There is a three photograph limit for each student.

Picking up 27 years after his last appearance in Derry, Maine, the creepy, shape-shifting clown called Pennywise (Bill Skarsgard) is back. The first body he devours is the victim of a vicious hate-crime attack on a gay couple (Taylor Frey, Xavier Dolan) at a local carnival.

Although the surviving members of the Losers’ Club are still dealing with the effects of their childhood trauma, they’re adults who have gone their separate ways. But when obsessed Mike (Isiah Mustafa), who sleeps in the library’s attic, summons them home, they reunite to fulfill the blood oath they made to exact revenge on demonic Pennywise. 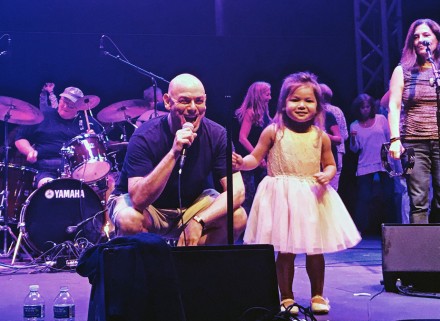 The Levitt Pavilion tonight presented a Tribute Concert to First Responders and Westport EMS starring DNR — Fairfield County’s (almost) all-physician rock band. Postponed from Friday because of weather, the event saw DNR Band singer Dr. Andrew Parker, and Pippa Herz-Lau, 3, of Westport, steal the show as the concert came to an end and the audience was invited on stage. (CLICK TO ENLARGE) Jaime Bairaktaris for WestportNow.com

Because of the weather, the Levitt Pavilion announced its Tribute Concert to First Responders and Westport EMS starring DNR — Fairfield County’s (almost) all-physician rock band — set for tonight has been rescheduled to Sunday, Sept. 8 at 7 p.m.

Julianne Moore and Michelle Williams are talented, versatile actresses which is why it’s a shame that they’re saddled with “After the Wedding,” a moody, highly improbable melodrama.

It begins with an American expatriate, Isabel Williams), running an orphanage in the slums of India. Clad in a sari with a bindi on her forehead, Isabel serenely leads meditations, distributes meals and comforts the needy, especially 8-year-old Jai (Vir Pachisia), who is obviously her favorite.

Eager to raise money to care for these children, Isabel is summoned to New York for a promised multimillion donation. That’s where she warily meets her benefactor, entrepreneur/philanthropist Theresa (Moore), who is preoccupied with the upcoming weekend wedding of her daughter Grace (Abby Quinn) — to which Isabel is immediately invited.

Arriving late to the extravagant ceremony at their woodsy home on Long Island, Isabel is shocked when she spies Theresa’s sculptor husband Oscar (Billy Crudup) and he recognizes her. Obviously, they knew each other before.

Barbara Probst Solomon, a former Westport writer known worldwide for chronicling Spain under Gen. Francisco Franco — and locally for inspiring a film saying F. Scott Fitzgerald’s “The Great Gatsby” was born in Westport — died today at her home in New York City, The New York Times reported. She was 90. 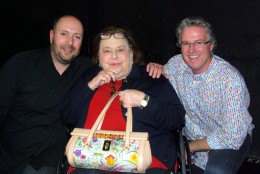 Barbara Probst Solomon was in the audience in 2015 for a screening of “Boats Against the Current,” a documentary about F. Scott Fitzgerald and wife Zelda’s stay in Westport in 1920. The former Westporter and author, essayist and journalist whose 1996 article in The New Yorker inspired the film, posed with filmmakers Robert Steven Williams (l) and Richard “Deej” Webb. (CLICK TO ENLARGE) WestportNow.com photo

The newspaper, quoting her family, said that Solomon, whose essays appeared in The New York Times, The New Yorker and The New Republic among others, died of renal failure.

It also cited her book “Arriving Where We Started,” Solomon’s 1972 memoir choreographing her role in the anti-Franco resistance.

Locally, she is best known for her 1996 New Yorker piece “Westport Wildlife” that highlighted the town’s riotous past, influencing Westport filmmakers Robert Stevens Williams and Richard “Deej” Webb in 2015 to produce “Boats Against the Current.”

Scenes from today’s second and final day of the 12th annual Blues & Views Festival at the Levitt Pavilion in Westport. J.C. Martin for WestportNow.com 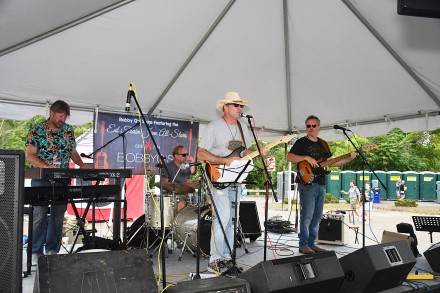 The Greenwich-based Hot Monkey Rubber Band, led by guitarist Jay Carthaus (hat), was among the musical entertainment groups today on the Jesup Jam Stage on the final day of the 12th annual Blues & Views Festival. The rock group will next perform in Westport at the Westport Rotary Club LobsterFest on Saturday, Sept. 21 at Compo Beach. (CLICK TO ENLARGE) J.C. Martin for WestportNow.com