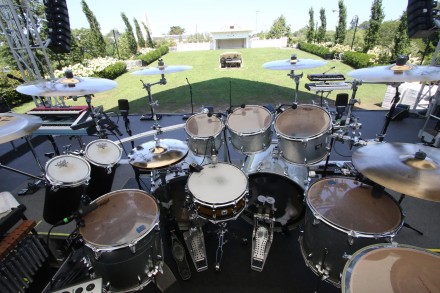 Setup was underway today for tonight’s Levitt Pavilion ticketed event Dennis DeYoung and the Music of Styx. DeYoung is a founding member of Styx and the lead singer and writer on seven of the band’s eight top 10 hits. His live concert with a six-piece band showcases all the Styx greatest hits spanning the 70s, 80s, and 90s. Tickets are still available. (CLICK TO ENLARGE) Dave Matlow for WestportNow.com 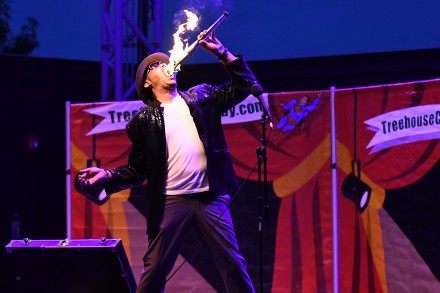 One of the headliners tonight at the final Treehouse Comedy Club show at the Levitt Pavilion was Kevin Lee, a prop comic, juggler, magician and fire-eater. He has been performing for 35 years and has appeared on HBO, Fox, Showtime, at the Apollo, and competed on “America’s Got Talent.” (CLICK TO ENLARGE) J.C. Martin for WestportNow.com

“Dora and the Lost City of Gold,” the live-action adaptation of the popular animated Nickelodeon series, resembles a kid-friendly Indiana Jones adventure, opening with the logo: “Everything you are about to see is true. Except that foxes don’t swipe. That’s a hurtful stereotype.”

As her story begins, perky 16-year-old Dora (Isabela Moner) is living with her zoologist mom (Eva Longoria) and archaeologist dad (Michael Pena) in their idyllic Peruvian rainforest cottage where she’s spent her childhood being home-schooled.

But now that her explorer parents are embarking on a perilous trek to find Parapata, the fabled Inca city of gold, Dora is dispatched to Los Angeles to live with her aunt and uncle, only to discover that Silverlake High School is another challenging jungle with its own indigenous people.

Westport and the world are about to learn more about one of its and America’s most influential and enigmatic writers, J.D. Salinger.

J.D. Salinger: Completed “The Catcher in the Rye” in Westport. File photo

Salinger, who completed his most famous work “The Catcher in the Rye” while renting a home on Old Road and who died in 2010, is about to enter the digital revolution, according to his son, Matt Salinger of Wilton.

The younger Salinger told The New York Times that in an effort to get his father’s works before a new generation of readers, Little Brown this week is publishing digital editions of the author’s four books.

In addition, with the younger Salinger’s help, the New York Public Library this fall will host the first public exhibition from Salinger’s personal archives. 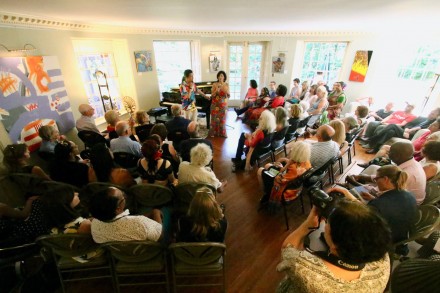 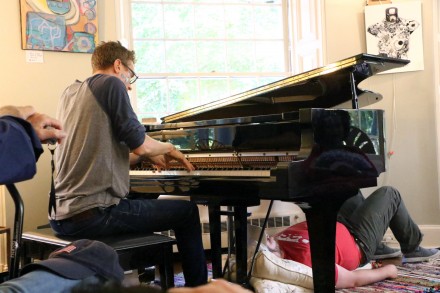 The eighth annual Beechwood Open, “a summer arts immersion salon” fundraising benefit, held today at the Westport residence of acclaimed pianist Frederic Chiu and his wife, Jeanine Esposito, had a special guest — Colin Huggins. He describes himself as a New York street entertainer who travels around New York with a piano playing selections for passersby. As he does in New York, he invited several attendees to lie down on pillows on the floor under the piano to absorb the inspiration of the sounds. (CLICK TO ENLARGE) Dave Matlow for WestportNow.com

Scenes from the Mihali concert at the Levitt Pavilion tonight. J.C. Martin for WestportNow.com 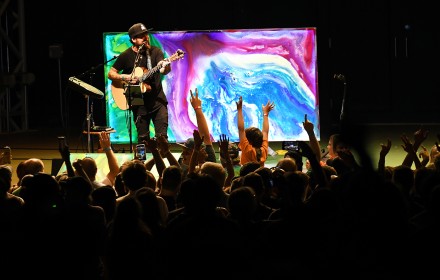 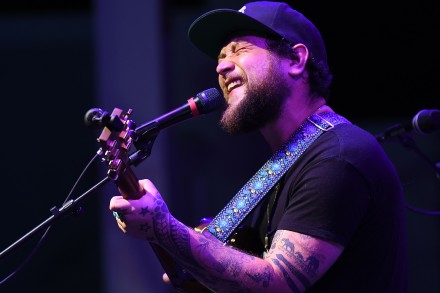 Mihali Savoulidis, who gained fame as the lead singer and guitarist for the Vermont rock quartet Twiddle, drew an enthusiastic audience to the Levitt Pavilion tonight. (CLICK TO ENLARGE) J.C. Martin for WestportNow.com 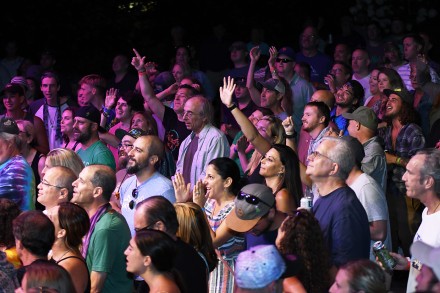 A large and very enthusiastic crowd attended the Mihali Savoulidis concert at the Levittt Paviiion tonight, crowding the stage before the show even began. The diverse crowd ran the gamut from 20-somethings to people in their 60s, with many in the audience singing along to several of his more popular songs. (CLICK TO ENLARGE) J.C. Martin for WestportNow.com