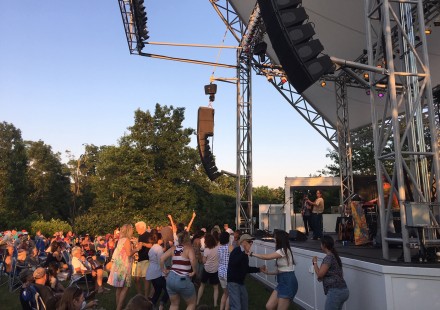 What would you do if you, as a struggling rock ‘n’ roll musician, woke up one day to realize that you’re the only person in the world who remembers the Beatles’ songs?

In “Yesterday,” that’s the dilemma facing Jack Malik (Himish Patel), whose lack of success is very discouraging. His biggest fan is his devoted road manager/best-friend Ellie (Lily James), who’s obviously in love with him.

One night, just as Jack has decided to quit, there’s a mysterious 12-second global blackout. In the darkness, Jack’s bike is hit by a bus, landing him in the hospital.

When he recovers, his friends give him a new guitar, so Jack starts strumming “Yesterday.” His astonished pals act as if they’ve never heard that song before. Which, as it turns out, they haven’t. No one has ever heard of the Beatles. Google only comes up with images of bugs. 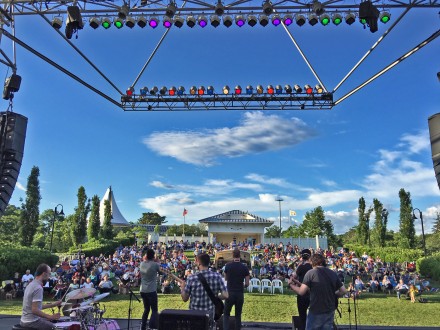 The Huntertones performed at the Levitt Pavilion tonight. The high energy horn-driven group was founded in Columbus, Ohio and currently is based in Brooklyn, New York. Their signature sound is a marriage of inspired improvisation and adventurous compositions that meld jazz, funk, soul, hip-hop, R&B, and rock. (CLICK TO ENLARGE) Contributed photo 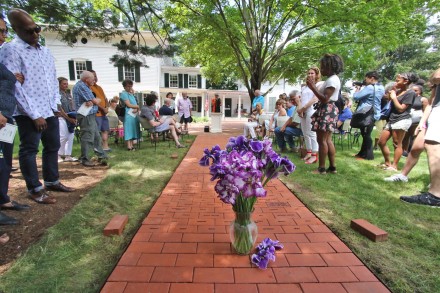 To mark the closure of the award-winning Westport Historical Society (WHS) exhibit “Remembered:The History of African Americans in Westport,” the society today hosted an unveiling ceremony of the names of over 200 enslaved persons who made up an essential, but often overlooked part of Westport’s history. Each name has been inscribed on a brick in the WHS brickwork as a permanent part of the town’s heritage. Descendants of enslaved African-American Westporters were in attendance as guest of the WHS. (CLICK TO ENLARGE) Dave Matlow for WestportNow.com 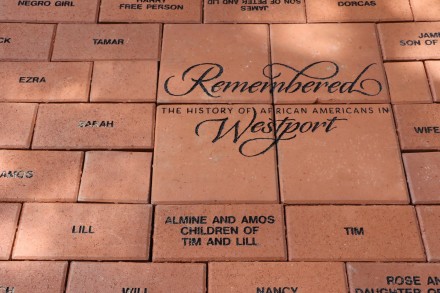 The brickwork displaying the names of enslaved African Americans unveiled today to mark the closure of the Westport Historical Society’s exhibit “Remembered: The History of African Americans in Westport.” They are known only by their first names in historical records. Said TEAM Westport Director Harold Bailey: “May the memories be celebrated as prominently as the Coleys, Staples, and Sherwoods to whom they were bound.” (CLICK TO ENLARGE) Dave Matlow for WestportNow.com

Westport mom and Tony Award-winning singer and actress Kelli O’Hara sang the national anthem today at a Jesup Green protest against U.S. detention center and immigration policies organized by her father-in-law, actor James Naughton. She then took a train to New York for two performances on Broadway in “Kiss Me Kate.”  Video by Helen Klisser During for WestportNow.com 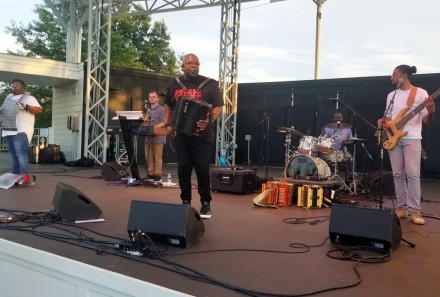 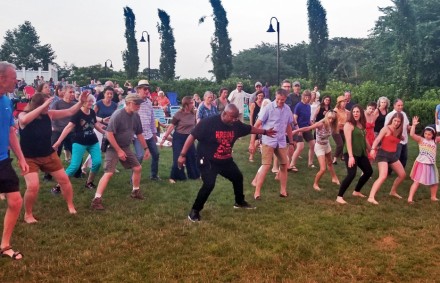 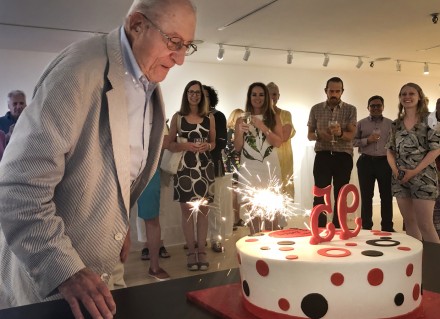 In its final soiree at 51 Riverside Ave. before the Westport Arts Center moves to 19 Newtown Turnpike, members tonight raise their glasses to founding member, board member, past board president, artist and illustrator Leonard Everett Fisher, celebrating his 95th birthday. Fisher has been involved with the Arts Center since its origins in the 1960s when it was known as the Westport-Weston Arts Council. (CLICK TO ENLARGE) Contributed photo 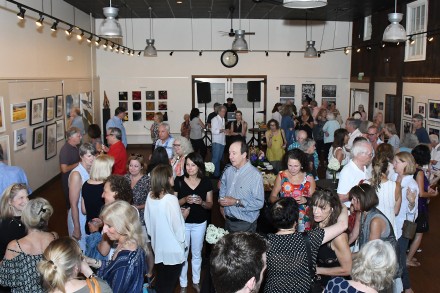 The Gallery at the Westport Country Playhouse tonight was the venue of the opening reception for the latest popup exhibit by The Artist Collective of Westport. Works by 15 members are on display until Sunday. (CLICK TO ENLARGE) J.C. Martin for WestportNow.com