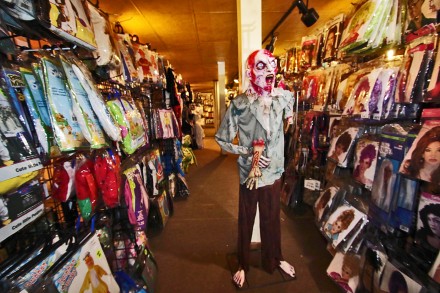 Spooky Town Halloween Superstore, 1807 Post Road East opposite Stop & Shop, a family-owned and operated West Haven-based pop-up business for the past 30 years, has returned to a Westport location for the first time since 2017. Other Spooky Town locations in the state include Orange, Milford and Avon. An employee said the most popular items includes witches, ghouls, “anything scary,” “it costumes,” LOL Surprise (for little girls), Super Girl, Captain Marvel, Toy Story costumes, Super Heroes “and whatever is on TV or YouTube.” (CLICK TO ENLARGE) Dave Matlow for WestportNow.com 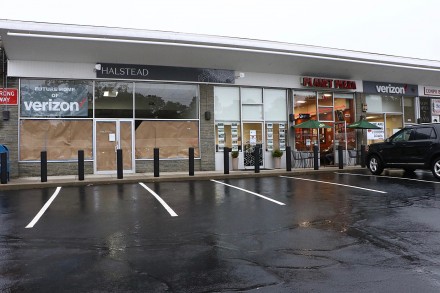 The Verizon store, 385 Post Road East in the Compo Shopping Center, will relocate two doors away to the space previously occupied by Halstead Real Estate. According to a Verizon employee, the transition will happen “within a few days.” Halstead will relocate to 56 Post Road East, the former Dovecote store, “around Thanksgiving,” according to John DiCenzo, Halstead executive director of sales “We’ve been in this location for 10 years, our lease expired, the new space has comparable room—around 3,000 square feet—and provides a very comfortable layout for our 30 agents,” he said. Baker Graphics previously occupied the space at Compo Shopping Center. (CLICK TO ENLARGE) Dave Matlow for WestportNow.com 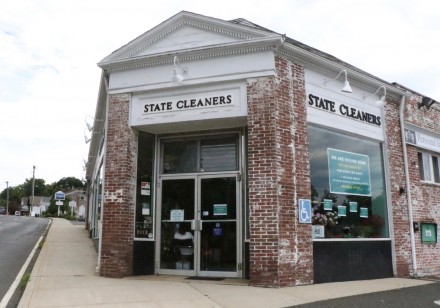 State Cleaners, 224 Post Road East, for decades a well known fixture at the corner of Imperial Avenue and Post Road East, will relocate to 180 Post Road East, a site one block away in the building that also houses the AT&T store and other businesses. According to real estate sources, the cleaning plant component of the business will operate from a Norwalk facility and its pickup and dropoff services will be handled at the new location. Longtime owner Arnold Raclyn was not available, but an employee said the transition will occur in the near future. (CLICK TO ENLARGE) Dave Matlow for WestportNow.com

There will be no sales taxes charged on clothes or footwear priced at less than $100.

Some stores will offer discounts on other items that week designed to match the cost of the sales tax.

The tax exemption, which runs through Saturday, Aug. 24, applies to both in-store and online purchases by Connecticut residents. 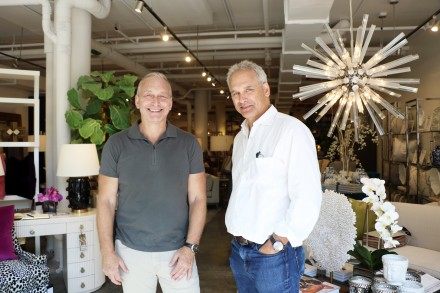 Lillian August, the iconic fine furniture and interior design store, opened today at 19 Church Lane in the Bedford Square development across from the Spotted Horse Tavern. According to co-owner John Weiss (l), “Westport is where we started in the late 1980s. We were on Main Street until the late 1990s and then relocated to our Norwalk location in 2001.” With him is Dan Weiss, a brother and co-owner. Referring to the founder of the business, John Weiss said, “My mom was just here yesterday, looking as elegant as ever.”  He said a grand opening celebration will be held sometime after Labor Day. (CLICK TO ENLARGE) Dave Matlow for WestportNow.com 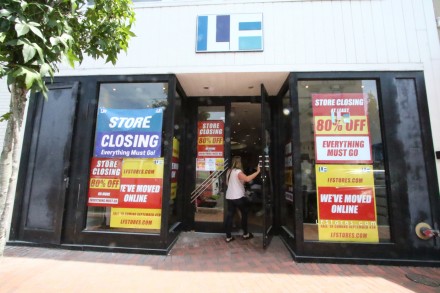 Another retailer is leaving Westport’s Main Stree. LF Store, 26 Main St., will close by Sept. 2, according to window signage. According to California Apparel News, an industry publication, the Los Angeles-based LF Stores announced all its stores will become a pure-play, digital-only retailer.  It will continue to run its digital retail channel, lfstores.com but will close down its 26 bricks-and-mortar stores. The Westport store has been on Main Street for 15 years, according to a local commercial real estate source. (CLICK TO ENLARGE) Dave Matlow for WestportNow.com 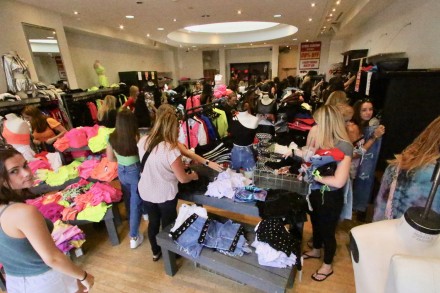 Shoppers hunted for bargains today at LF Store, 26 Main St., which will close by Sept. 2, according to store signage. The store has been on Main Street for 15 years. The company has announced it is shutting all 26 of its stores and moving its business online. (CLICK TO ENLARGE) Dave Matlow for WestportNow.com

The day after his 54th birthday, Bob LeRose sat in his Norwalk restaurant Bobby Q’s and talked about miracles. 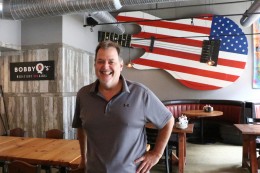 Bob LeRose at his Norwalk restaurant. (CLICK TO ENLARGE) Dave Matlow for WestportNow.com

“I made another one,” he said.

Two years ago, LeRose had a 20-pound, cancerous tumor that had been deemed inoperable removed from his thigh.

“I’m sharing it, talking about it now; I’ve had seven surgeries in eight years,” he recalled about trips to Sloan Kettering in New York City, Montefiore Hospital in Bronx, New York and immunotherapy sessions in Austria. 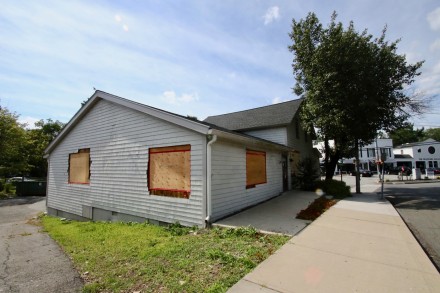 UPDATE Doug Quinn, a former bartender at Manhattan’s beloved P.J. Clarke’s who now runs the popular East 53rd Street Hudson Malone “culinary saloon” restaurant (It’s not an Irish gastropub, he says) is coming to Westport with what he describes as a “magical, iconic, Westport market to table restaurant, which is driven by hospitality.” The locale is 323 Main St., former home of the 323 Restaurant until last December. Its predecessor was the former Bogey’s Grill and Taproom, which closed its doors in August 2011 after a 17-year run. Quinn commented after an earlier version of this caption wrongly said he intended to establish an Irish gastropub in Westport. Renovations are underway, including raising the roof and adding a fireplace. (CLICK TO ENLARGE) Dave Matlow for WestportNow.com 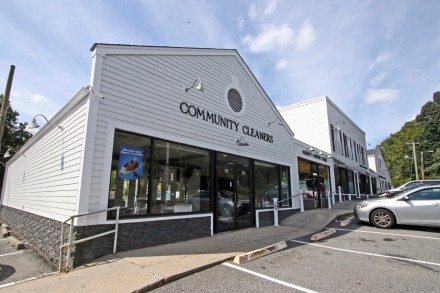 UPDATE Community Dry Cleaners, 333 Main St., in the strip of stores including Coffee An’ Donuts and the recently opened spirits shop The Grapevine, has closed its retail store after more than 30 years in business under several owners, according to its current owners, Alfred and Patricia Pinto. Instead the business has transformed into a mobile-only service offering home pickup and delivery, for which it has won numerous positive reviews over the years. The Pintos took over the business in 1989. For more info, click HERE.  (CLICK TO ENLARGE) Dave Matlow for WestportNow.com