Kathleen Wardrip, a longtime Westport resident, died Feb. 21 after a long illness which she fought with characteristic courage and determination. She was 91.

She was born in Muscatine, Iowa on Dec. 22, 1927 and lived on the family farm near Letts, Iowa until she attended the University of Iowa, where she earned a degree in speech therapy, graduating in 1949.

She married Allen Matthews of Clinton, Iowa in 1949. Allen died of polio in 1954, leaving her with two young sons, Eric and Gregg. She married Edward Wardrip, also of Clinton, in 1957 and they had two daughters, Deborah and Leslie.

In 1978, Ed was transferred to Connecticut and they spent the rest of their lives in Westport. Ed died in 1998. She spent her later years with her close companion Raymond Orr of Westport, who died in 2016. 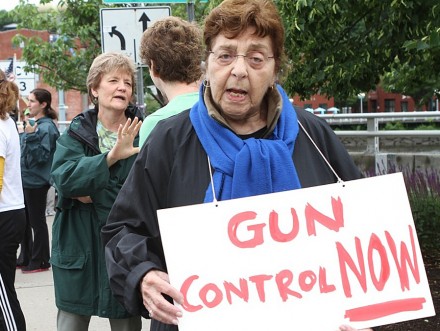 Estelle Margolis, longtime Westport political activist, died March 1 at age 92. She was the widow of Manny Margolis, a Westport attorney who had a lifelong devotion to civil liberties and civil rights who died in 2011 at age 85. Estelle Margolis was a familiar sight on the Ruth Steinkraus Cohen Bridge over the years. She said she began her weekly protests there on June 11, 2005 against U.S. involvement in Afghanistan and Iraq. In 2013, Margolis pleaded guilty to a reduced misdemeanor charge of creating a public disturbance after she brought a BB rifle and ammunition to a Westport Representative Town Meeting (RTM) session debating gun control. The then 86-year-old grandmother was fined $50. See family-supplied obituary HERE. (CLICK TO ENLARGE) Dave Matlow for WestportNow.com

Jean M. Crawford, of The Watermark, Bridgeport, a former Westport resident, died Feb. 22.  She was 91.

She was born in 1927 in New York City and was raised in Westport. She was a graduate of Staples High School in 1944 and Wellesley College in 1948, where she majored in mathematics/chemistry.

Immediately after graduation from college, she worked at Sloan Kettering Hospital, New York, in the Department of Clinical Investigation, as a published investigator in the study of the biological effects of radiation.

In 1950, she married Arthur James Crawford, III of Bridgeport, an infantry veteran of World War II (European theater) and reserve officer of the U.S. Armed Forces. They settled in Fairfield, where they resided for 60 years. In 2013, she moved to The Watermark.

A resident of Westport for more than 20 years, he was born in Sewickley, Pennsylvania. He graduated from Cornell University, majoring in engineering physics. An entrepreneur, he was described in a family obituary this way:

“To those who knew him best, his strength and his generosity were monumental, without limits; he gave mentorship, advice, and time to anyone who needed it and took upon himself all that was difficult.

“A relentless thirst for knowledge and a self-made man who valued family above all else, he worked unthinkably hard.

He was the youngest son of the late Vito and Anna Mariani, and a graduate of Alfred University.

He was a decorated combat veteran who served in Vietnam from 1967 to 1968. He was a devoted father and husband, loyal friend, avid gardener, and kind soul.

He was predeceased by his wife Anne, his brother Anthony, and his sister Rosalind. He is survived by his children Michael and Ali, niece Christina, nephew Marc, son-in-law Joe, and best friend Bruce.

She was born in Fort Dix, New Jersey on Halloween, 1952, a magical, whimsical day that began the life of a woman to match. Her parents Robert and June Chittick, and her younger sisters Cynthia and Jennifer spent their time growing up in Westport with Debbie, Staples Class of 1970, sailing on Captain Chittick’s Thistle and seeking out the best lobster shack in New England.

She spent summers roaming Hammonasset and Compo Beaches, worshipping the Beatles, Sly and The Family Stone, and many more.

At one point a rumor spread through the neighborhood that the Beatles would be playing a secret show in the Chittick’s garage.

Alyse Sakowsky Stearns of Norwalk, a former Westport resident, died Feb. 9. She was 99.

She was born in Westport in 1919 to Louis Sakowsky and Annie Skurat, both born in Poland. Her father was a groundskeeper and gardener for several estates in the area.

Alyse grew up with her siblings roaming, and roller skating, around the large porches and back halls of stately homes, when the coast was clear of course.

She was always tough and resilient. As a youth in the 1920s she was run over by a speeding car, escaping with only a broken leg, and recovered fully.

Elizabeth “Joyce” Schanze of Westport died Feb. 16 of natural causes. She was 87.

Born in Miami, Florida, she was the daughter of Henry and Leona Etheridge and a longtime resident of Miami.

She met the love of her life, Fred Schanze at Miami Edison Senior High School. They celebrated their 62nd wedding anniversary prior to his death in 2013. She was the strength of her family; an amazing wife, devoted mother and caring sister.

Joyce is survived by her three children, Michael Schanze of Boise, Idaho, Keith Schanze of Bath, North Carolina and Ronald Schanze of Westport; one sister, Peggy Margotta of Dania, Florida, six grandchildren and two great-grandchildren. She was preceded in death by her husband, Fred; parents, Henry and Leona Etheridge; brother Jack; and sister, Phyllis.

Kimberly Kelly Mary Cirillo of Westport died Feb. 19 at her home after a 15-year battle with cancer. She was 53.

Born in Stamford, the daughter of James Anthony Sr. and Georgina (Kelly) Russo, she was the wife of Guy S. Cirillo for 31 years.

She was a graduate of Norwalk High School and the University of Connecticut. After graduating college she was the assistant director of human resources for Arthur Andersen for seven years before dedicating her time as a loving mother to the twins that she adored.

She enjoyed tennis at Intensity Fitness, softball, skiing, boating on Long Island Sound, Compo Beach and walking her beloved dog Barney. She was a member of the U.S. Tennis Association and Assumption Church.

Bradley Harris Jack, former co-chief operating officer of Lehman Brothers, died Feb. 16 at his Westport home after a yearlong battle with pancreatic cancer. He was 60.

He was a kid from humble means in the Inner Sunset District of San Francisco who rode a winning personality, street smarts and a natural gift for mathematics and sales to the very top levels of finance on Wall Street.

He was born Sept. 28, 1958 and grew up with his mother (Janet), brother (John), and sister (Sandy), in a two-bedroom flat on Eighth and Irving, where you could feel the N-Judah streetcar rumble by.

His father, Ted Jack, was a produce man and his mom was a secretary. Out in the Irish corners of the Sunset, it was said that you could only survive by being tough or funny. Brad was both. He could scrap and fight if it came to that, but any jam he talked his way into he could talk his way out of.