Florence O. Williamson, nee Oke of Old Saybrook, a former Westport resident, died March 3 in the hospice unit at Middlesex Hospital in Middletown. She was 91.

“Just call me Flo” was her popular reply. She was born in St. John’s, Newfoundland before it became Canada’s 10th province. It was Great Britain’s oldest colony. Flo was the older daughter of Gordon Jeans Oke and Siddie Oke, nee Hampton.

She was married three times, the first two ending in divorces, leaving her to find the love of her life, Fred Williamson, whom she married May 31, 1975.

Her family from St. John’s were noted. Her father was a leading funeral director. Her uncle, Harris Oke was the British foreign secretary in West Africa, now Gambia, and arranged the meeting between Gen. Mark Clark and Gen. Charles DeGaulle that led to the African landing in World War II.

Marcia Pelzel, of Furlong, Pennsylvania, a former Westport resident, died March 7 at the Cancer Treatment Center of America. She was 92.

She was the beloved wife of the late Bernard Clement Pelzel. Born in Andijk, Netherlands, she was the daughter of the late Klaas and Ida Prins Groot.

As a teenager, “Marjo” enjoyed her school studies and gymnastics. After surviving through World War II in occupied Holland, she was anxious to travel, and was employed as a nanny in England and Belgium.

Her travels eventually took her to the United States and Canada. She married Bernard in 1959 and they shared 54 years of marriage before his death in 2013.

Paul Spiekermann of Westport, a doctor who specialized in tropical medicine and later worked with the Rotary International Foundation on various projects, died March 8. He was 92.

During his long career, he worked in in Malaya, Thailand, Sri Lanka and Pakistan, as well as in the Americas.

In “retirement,” as a Rotarian for over 20 years, he had a long list of Rotary-sponsored international projects to his credit.

They included bringing well water to a village in Benin, furnishing and equipping a school in Tanzania, helping provide schooling for AIDS, cancer and accident orphans in Thailand, and providing artificial limbs for land mine amputees and braces for polio victims in Cambodia.

Benjamin deIpolyi, a Westport resident for 18 years and Fairfield County resident of 45 years, died March 4. He was 74.

He was born Dec. 22, 1943 in Budapest. He and his family escaped from Hungary to Austria in the aftermath of World War II, and he was there until he was 8 years old, when they immigrated to the United States.

The rest of his childhood was spent in Saranac Lake, New York. As a young man, he served in the U.S. Navy during the Vietnam War and was honorably discharged.

Later, he worked as a research analyst in New York City, where he met Susan, his future wife of nearly 45 years.

Howard J. Aibel of Weston, lawyer, conservationist, philanthropist, and passionate arts advocate, died March 9 from complications from pneumonia. He was 88.

He worked for nearly 30 years as executive vice president and chief legal officer of International Telephone and Telegraph Corporation. Prior to joining ITT in 1964, he was antitrust litigation counsel for General Electric and an attorney with White & Case. 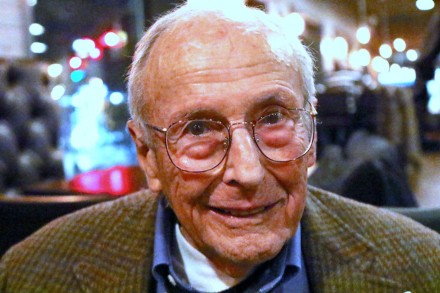 Arts advocate and philanthropist Howard J. Aibel of Weston died Friday, according to a family member. He was 88. Only last month it was announced that the Westport Country Playhouse, where Aibel was vice chair, was renaming its entire campus after him following his donation of $3 million for theater operations and to establish an endowment. (See WestportNow Feb. 13, 2018)
A memorial service will be held on Saturday, June 2 at 1 p.m. at the Unitarian Church of Westport, 10 Lyons Plains Road, with a reception to follow from 2 p.m. to 4 p.m. (CLICK TO ENLARGE) Dave Matlow for WestportNow.com

Kathryn “Katy” Jean (Blackburn) Guidone of Hebron, a former Westport resident, died March 6 at Hartford Hospital due to complications associated with cancer. She was 47.

Born March 20, 1970 in West Allis, Wisconsin to Peg and Douglas Blackburn, she was the youngest of five siblings.

She graduated from Staples High School in Westport in 1988, received a Bachelor’s Degree in English from UConn in 1992 and earned her Master’s in education from Sacred Heart University.

She began her career as a teacher in her 30s, and was cherished by her students as much as they were inspired by her.

Gaetano “Guy” Passarelli, a Westport resident for 68 years, died March 5 after a long illness. He was 92.

Born Nov. 1, 1925 in Jelsi Italy, he immigrated with his wife Filomena and their two oldest daughters to Westport’s Saugatuck area in 1960.

Upon arrival to Saugatuck, he pursed a very successful career as a self-employed master tailor. He had a passion for gardening and always enjoyed his summer gardens.

He is survived by his wife Filomena, happily married for 63 years; his daughters Franca (Sam), Marisa (Norman), Lucy (Bill), Nella and Sondra (Larry). He most cherished his four grandsons Michael, Christopher, Laurence and Peter. We will all miss his gentle and sweet ways.

John A. Gregory of Fairfield, a former Westport resident, died March 3 at Yale-New Haven Hospital. He was 67.

Born in Providence, Rhode Island and raised in Westport, the son of the late Allen and Lisa Gregory, he had been a Fairfield resident since 1976.

He was a 1969 graduate of Staples High School and served in the U.S. Navy during the Vietnam War. While in the military, he took HVAC classes at the New England Technical School.

Following his service he began a long career in the HVAC-R profession. He founded and was currently the owner of Century Leasing in Norwalk. He was a member of the Port 5 Naval Veterans.

Her family issued the following obituary:

In her long career as an actress, Patsy performed on Broadway, in films, and on television. A highlight for her came in 1962 on Broadway when she played the role of April Monkhood in S.J. Perelman’s comedy “The Beauty Part,” starring Bert Lahr. No work of literature gave Patsy more pleasure, or more laughs, than Perelman’s play. It was a happy touchstone for her ever after.

Patsy was born Patricia Julia Ripley in Philadelphia in 1925 to actress Mabel Albertson and Harold Austin Ripley, who divorced when Patsy was young.