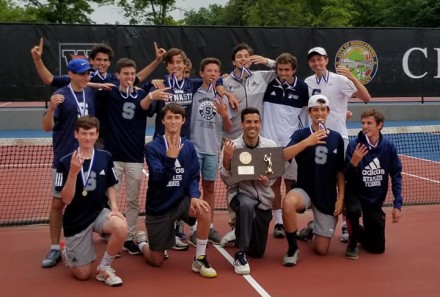 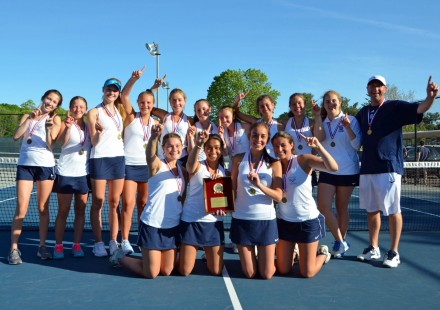 The Staples High School Girls Varsity Tennis Team defeated Wilton 4-0 today in the FCIAC finals at Wilton. Coached by Paco Fabian, the team was undefeated this season 17-0. They are now preparing for the state competition with a home match on Saturday. (CLICK TO ENLARGE) Contributed photo 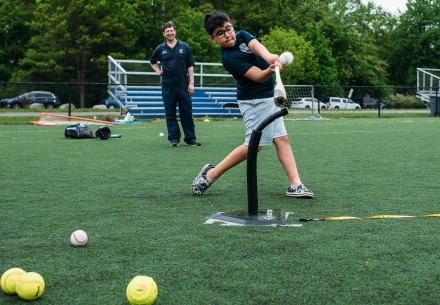 He replaces Phil Treglia who resigned earlier this month after one season after finding the commute from his home in Westchester County too much. (See WestportNow May 7, 2019)

Behrends joins Staples after working since 2010 as an assistant coach at IMG Academy in Bradenton, Florida which bills itself as “the world’s largest and most advanced multi-sport training and educational institution.”

“I am excited for the opportunity to coach at Staples,” Behrends said in a news release. “This community has a rare combination of academic and athletic excellence K-12, with a football program steeped in tradition.” 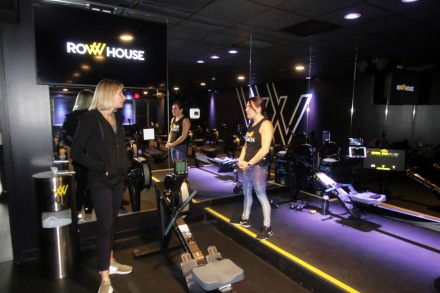 The Row House, a rowing-based fitness studio, has opened at 380 Post Road East in the Compo Acres Shopping Center. According to Rachel Keyes, general manager, Row House is open every day, offers 25 “ERGs” (indoor rowing units,) classes, memberships and welcomes walk-ins. Keyes said a grand opening celebration is planned for early June. The Row House is the first in the state and the nearest ones to Westport are in New York City. Pictured: Keyes (l) and Elana Goldblatt, coach. (CLICK TO ENLARGE) Dave Matlow for WestportNow.com

Staples High School again is in the market for a head football coach following the resignation of Phil Teglia after one season.

Phil Treglia: commute was too much. Contributed photo

School officials told parents that the Eastchester, New York resident, who works in New Rochelle as a guidance counselor at Iona Prep, found the commute too much.

Treglia, who led the team to a 7-3 record last fall, told the Ruden Report: “I love the league, I love the school, I love the kids and the community. I felt very supported. At this time I have to look for opportunities closer to where I work.”

Treglia had the tough job of replacing Marce Petroccio, who led the team for 25 seasons but resigned to return to his alma mater, Trumbull. 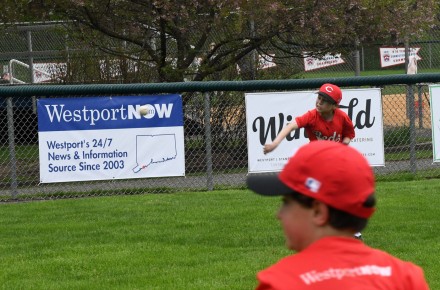 Despite chilly temperatures in the 50s and some rain drops, Westport Little League and Softball Leagues games were underway today. Pictured are the WestportNow-sponsored Reds playing at Rogers Field on Compo Road North. (CLICK TO ENLARGE) WestportNow.com photo 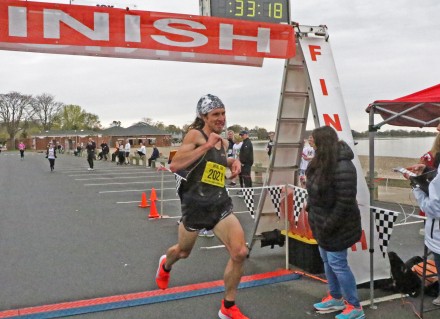 The winner of the 10K race today in the Westport Young Woman’s League 41st annual Minute Man race at Compo Beach was Ansonia resident Timothy Milenkevich, 37, in 33:18.  It was his third win in the Minute Man 10K series. He also won the 5K in two other years. (CLICK TO ENLARGE) Dave Matlow for WestportNow.com 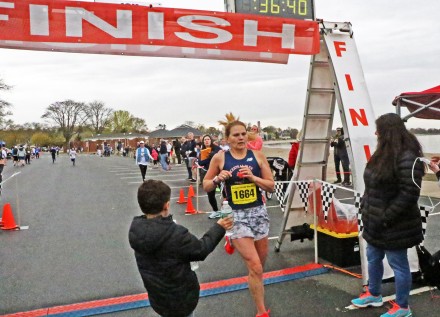 The first female finisher today in the 10K race at the 41st annual Minute Man race at Compo Beach was Westport resident Kate Pfeffer, 40, in 36:40 repeating her prior victory in 2015. (CLICK TO ENLARGE) Dave Matlow for WestportNow.com