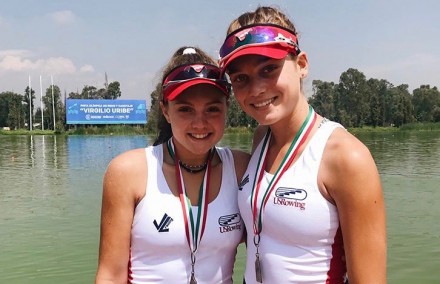 Parker Cuthbertson (r) of Westport today raced to gold with the U.S. women’s 8+ crew at the CanAmEx Regatta in Mexico City. Cuthbertson also took silver in Friday’s women’s 4- event. With her is Bonnie Pushner of Fairfield. They both row for the Saugatuck Rosing Club. The United States claimed the overall point total in the collaborative regatta between under-19 junior national team members from the United States, Canada and Mexico. (CLICK TO ENLARGE) Contributed photo 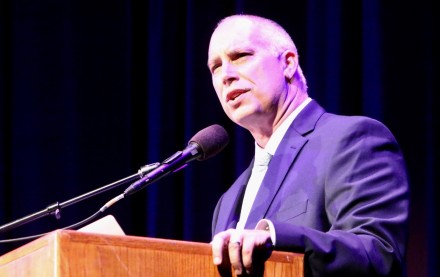 Retiring Football Coach Marce Petroccio told the Staples High School Class of 2018 Baccalaureate ceremony tonight: “Put your phone down. Put it away for 10 minutes every day. When you have a goal make sure you have the passion to get on the floor, to get yourself dirty. Don’t let anyone ever tell you there’s something you cannot achieve. To be successful, be a loving mother, father, husband, wife. Place others before yourself. Be thankful for what you have. Have a work ethic. Respect others. Respect yourself. That defines who you are.” (CLICK TO ENLARGE) Dave Matlow for WestportNow.com 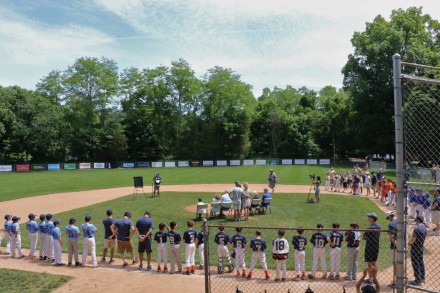 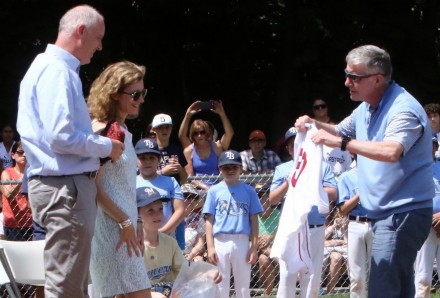 Jeff White, chairman of Westport Little League and of Westport Baseball and Softball, today presents a signed No. 50 jersey of Red Sox player Mookie Betts to James and Angela Delorey, whose son, Perrin, 10, died following a weekend car crash. Perrin was a dedicated Red Sox fan. The presentation was made during a tribute to Perrin at Kowalsky Field at which his No. 5 number on the Cubs team was retired. (CLICK TO ENLARGE) Dave Matlow for WestportNow.com 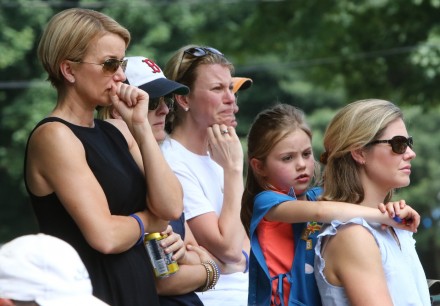 Many fought back tears today at the Westport baseball tribute to Perrin Delorey, 10, who died in a car crash last weekend. A ceremony was held at Kowalsky Field. (CLICK TO ENLARGE) Dave Matlow for WestportNow.com 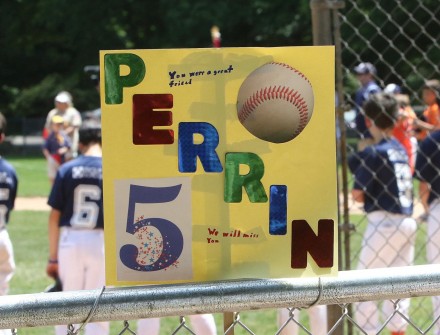 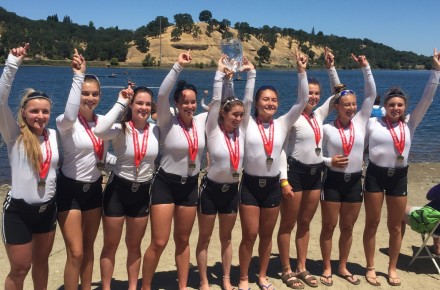 Today at the USRowing Youth Nationals at Lake Natoma in Folsom, California, Saugatuck Rowing Club’s women’s youth varsity 8+ (above) brought home the gold for the fourth year in a row. SRC also took silver in the women’s youth lightweight 4+ and bronze in the men’s youth pair event (.CLICK TO ENLARGE) Contributed photo 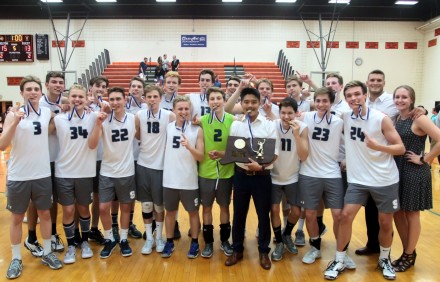 The Staples High School boys volleyball team tonight beat rival Ridgefield in a tense fifth set tiebreaker to win the LL state championship 3-2 at Shelton. Staples finished its perfect season with a 25-0 record, and won both the FCAIC and Connecticut state championships. It was the first Wrecker state title since 2013. (CLICK TO ENLARGE) Michael Burns for WestportNow.com 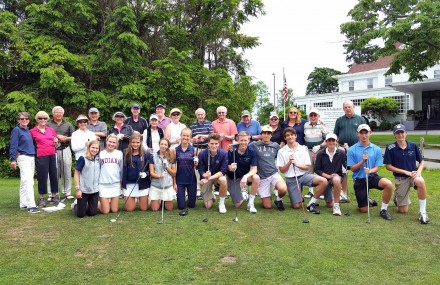 The 18th annual Friendship Through Fitness Golf Tournament was held at Longshore Club Park today featuring the Staples High School Boys and Girls team pairing up with seniors from the Westport Center for Senior Activities. All proceeds benefit the Center’s fitness center. Numerous merchants donated raffles, and prizes were awarded to low gross, longest drive and closest to the pin. (CLICK TO ENLARGE) Contributed photo

Westport Schools Superintendent Colleen Palmer told the school board tonight that referees should have stopped the state championship lacrosse game when anti-Semitic chants were hurled at a scoring Staples High School player.

It was also reported that a sign showing male genitalia was held up, and that some fans urinated on the school and cars in the parking lot.

“The lacrosse championship game with Fairfield Prep was upsetting and unprecedented,” Palmer said. “It flies in the face of the beliefs of both schools, and I’m surprised the referees did not stop the game.”