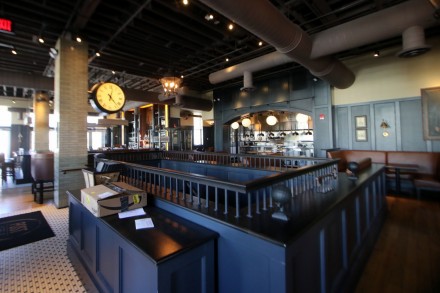 Post 154, the restaurant in Westport’s former main post office at 154 Post Road East, has closed abruptly after almost two and a half years. A source said the staff was notified of the closing on Monday and that Alex Rosado, executive chef, left several months ago and is now at Poloma, Stamford. An investment group with ties to Westport paid $2.35 million for the property in May 2011. (See WestportNow May 23, 2011) The restaurant opened in August 2013. (CLICK TO ENLARGE) Dave Matlow for WestportNow.com