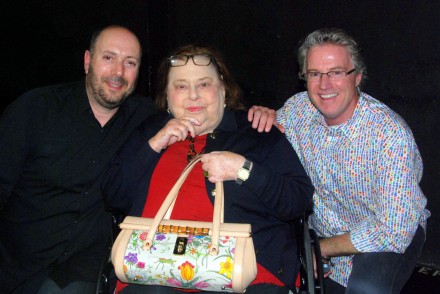 Among those in the audience tonight for a Fairfield screening of “Boats Against the Current,” a documentary about F. Scott Fitzgerald and wife Zelda’s stay in Westport in 1920, was Barbara Probst Solomon, a former Westporter and author, essayist and journalist whose 1996 article in The New Yorker inspired the film. She posed with filmmakers Robert Steven Williams (l) and Richard “Deej” Webb. (CLICK TO ENLARGE) WestportNow.com photo