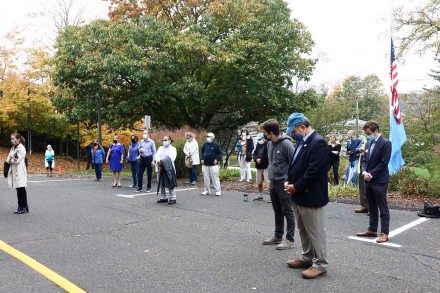 Attendees at a ceremony at Westport Town Hall celebrating the 75th anniversary of the founding of the United Nations (October 24, 1945) honored the memory of Westporter Martha Aasen by observing a moment of silence. Aasen, who died yesterday, was associated in varying roles with the UN from 1972 to 1990. (CLICK TO ENLARGE) Dave Matlow for WestportNow.com