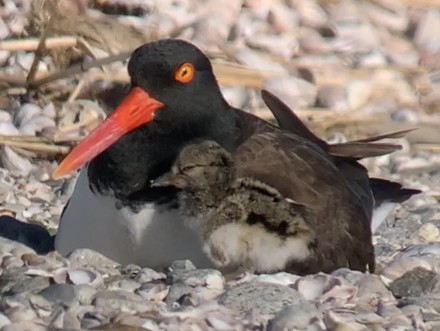 An American Oystercatcher and chick at Compo Beach today. The birds have drawn the attention of many beach visiting photographers. (CLICK TO ENLARGE) Tina Green for WestportNow.com

Christo, known for massive, ephemeral public arts projects died today at his home in New York. He was 84. He visited Westport several times over the years, including lecturing and exhibiting at the Westport Arts Center in 2011 (above.) He is pictured with Helen Klisser During, former artistic director at the Center (and a WestportNow contributing photographer.) Among his well known projects was his 2005 installation of more than 7,500 saffron-colored vinyl gates in New York’s Central Park. (CLICK TO ENLARGE) Contributed photo

Scenes from today’s “Unite Against Racism” rally on Jesup Green in Westport. It was held to protest the death of George Floyd by a police officer in Minneapolis. WestportNow.com photos 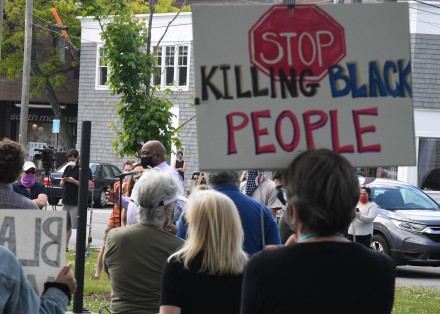 Harold Bailey, head of TEAM Westport, the town’s diversity committee, addresses a “Unite Against Racism” rally today on Westport’s Jesup Green. He said more must be done to prevent such incidents that led to the death of George Floyd at the hands of a police officer in Minneapolis. (CLICK TO ENLARGE) WestportNow.com photo 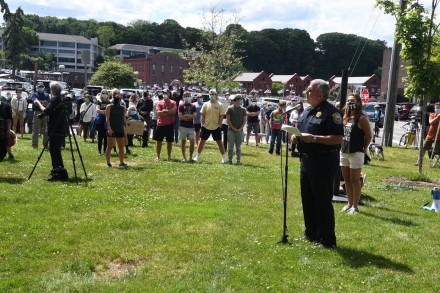 Westport Police Chief Foti Koskinas told a rally on Westport’s Jesup Green today that he personally apologized—and apologized for the men and women of his department—for the death of George Floyd at the the hands of a police officer in Minneapolis. Several hundred persons attended the “Unite Against Racism” event with participants asked to wear masks and stand 6-feet apart. (CLICK TO ENLARGE) WestportNow.com photo 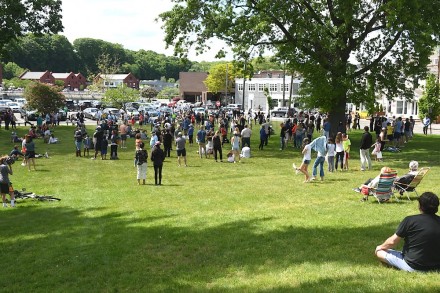 On short notice, several hundred persons today attended a “Unite Against Racism” rally on Westport’s Jesup Green in response to the George Floyd death in Minneapolis. The only speakers were Police Chief Foti Koskinas and Harold Bailey, chair of the town’s diversity committee. The rally ended with about four minutes of silence, half as long as Floyd’s neck was under a policeman’s knee. (CLICK TO ENLARGE) J.C. Martin for WestportNow.com 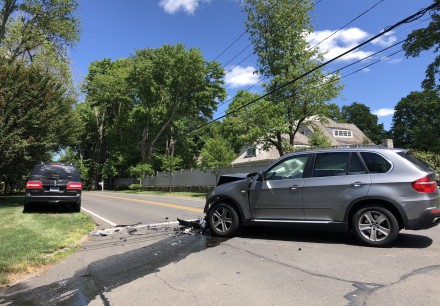 There were no injuries today in a two-car crash at the intersection of Cross Highway and Bayberry Lane. The intersection has been the site of numerous similar accidents in the past, usually involving a car going through a stop sign. (CLICK TO ENLARGE) Anna-Liisa Nixon for WestportNow.com 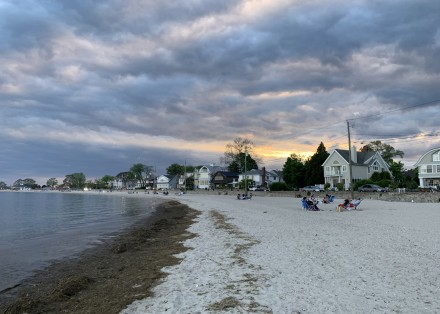 Clouds moved in by sunset Saturday at Compo Beach. (CLICK TO ENLARGE) Andrew Colabella for WestportNow.com