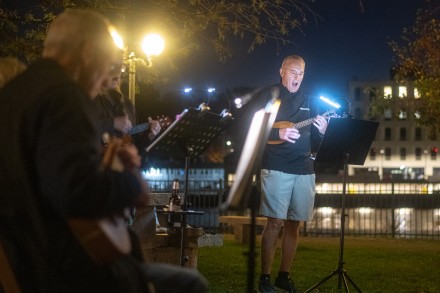 Westporter Tom Whelan strums his ukulele and sings along with other members of “the CUkes”  Connecticut Ukulele group
tonight at the Westport Library. The group hosts a public jam session each Tuesday from 6:30-8:30 p.m. near the riverwalk, drawing a small audience who enjoys the free outdoor concert from “the little ukulele group that could.” (CLICK TO ENLARGE) Jaime Bairaktaris for WestportNow.com

The state said today its Westport COVID-19 case count was up two at 396 (379 confirmed and 17 probable) and deaths unchanged at 23.

Officials in those municipalities, which are located mostly in the southeastern part of the state, now have the option to roll back their reopening processes, as outlined a recent executive order from Lamont.

The state also recommends those towns and cities cancel public events and “limit community gathering points” and that individuals there limit trips outside the home and gatherings with non-family members.

The municipalities in question, all of which have experienced at least 15 daily COVID-19 cases per 100,000 residents, are Hartford, Danbury, Norwich, New London, Canterbury, East Lyme, Griswold, Montville, Preston, Sprague, Windham.

The daily positivity rate of COVID tests statewide was 1.3%, a welcome drop after the first back-to-back days of 2% or more since June. The rolling seven-day average remained at 1.6%, and there were only three new hospitalizations.

But the governor and his acting commissioner of public health, Dr. Deidre Gifford, said the big picture was clear and the trend relatively steady: COVID is an increasing threat as the weather cools, driving people indoors where transmission is easiest.

“This virus is extremely contagious, and it’s very easy to catch it,” Gifford said. “So, if you are in an indoor setting with somebody who’s not part of your household bubble, you can catch the virus from them even if they have no symptoms.”

Contact tracing in southeastern Connecticut has found no super-spreader events. Consistent with national trends, the culprits have been small social settings, places where people let down their guard and go without masks.

“The transmission we’re seeing is happening among friends and family and co-workers,” Gifford said.”It’s in settings that people might consider to be benign, because they are small and they are with people that they know.” 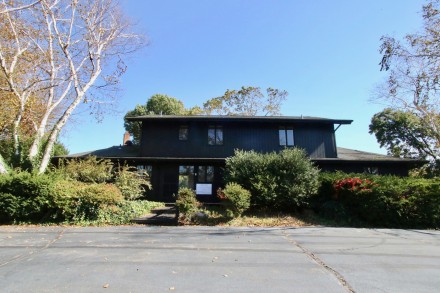 An application for a permit to demolish the house at Westport’s 15 Stony Point Road, in the Saugatuck area, is in process. Built in 1965, the two-story contemporary has 2,929-square feet, is situated on a waterview one-acre property and changed ownership in May 2019 for $3 million. Because the house was built more than 50 years ago, the application will be reviewed by the Westport Historic District Commission. (CLICK TO ENLARGE) Dave Matlow for WestportNow.com 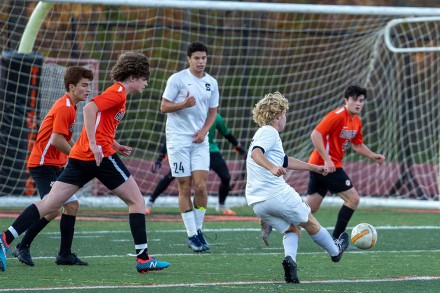 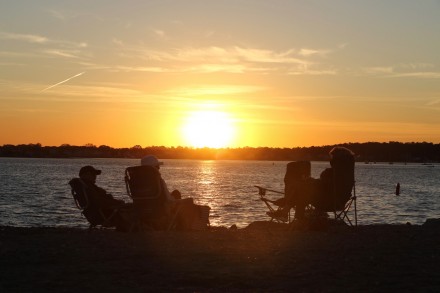 The sunset at Compo Beach was an ideal setting at dusk today during a brisk October evening following two days of rain. (CLICK TO ENLARGE) Dave Matlow for WestportNow.com

The state said today its Westport COVID-19 case count was unchanged at 394 (377 confirmed and 17 probable) and deaths also unchanged at 23.

The state of Connecticut today reported its second straight day with a 2% or higher positivity rate while hospitalizations continued to climb to numbers not seen since June.

The state said there were 164 positive cases out of 8,359 tests today, yielding a positivity rate of 2%. One day earlier, on Tuesday, the state had reported an unusually high rate of 2.4%.

The Board of Selectmen today approved closure of Main Street to Elm Street for a Family Pumpkin Fest on Sunday, Oct. 25.

The closure requested by the Westport Downtown Merchants Association runs from 6 a.m. to 7:30 p.m. 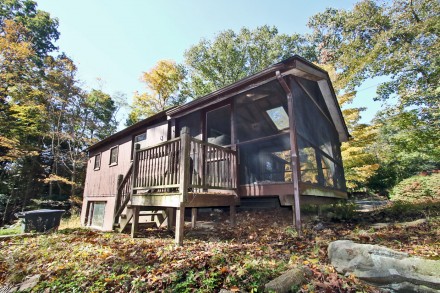 An application for a permit to demolish the house at Westport’s 3 Northgate, off Roseville Road, is in process. Built in 1839, the one-story ranch has 660-square feet, is situated on a one-acre property and changed ownership last month for $340,000. Because the house was built more than 50 years ago, the application will be reviewed by the Westport Historic District Commission. (CLICK TO ENLARGE) Dave Matlow for WestportNow.com

As cooler temperatures have arrived, irrigation system use has become unnecessary.  Consequently, all Aquarion-issued, irrigation variances are revoked for the season with this ban.  Hand-held watering, soaker hose, and drip irrigation continue to be permitted for new plantings.

“Aquarion is requiring customers to turn off their irrigation systems and sprinklers for the season,” said Donald J. Morrissey, Aquarion President. “With drought conditions continuing to worsen across the state, this mandatory ban will help to ensure an adequate water supply for everyday needs and give reservoirs time to recover for the spring.”

In addition to Aquarion’s conservation communications program, the company is working with local irrigation professionals to help communicate the irrigation ban to their customers and ensure systems are promptly shut down.

Aquarion customers are also encouraged to use water more efficiently indoors with the following five tips:

Turn off the water while lathering up, shaving, or brushing your teeth.

Minimize baths and the amount of water you use for each. Trim one minute off the length of your showers.

Wash only full loads in your dishwasher and washing machine.

Hand wash dishes in a pan or the sink, not under continuous running water.

Reuse dehumidifier water or use a bucket to capture shower and bath water while you wait for it to warm up; then use the water to water your plants.