Holding its first in-person meeting in months, the Board of Education (BOE) today met at Staples High School to talk about communication with its new Superintendent of Schools Thomas Scarice. 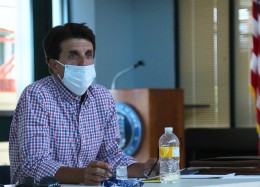 In a meeting facilitated by Marty Brooks, executive director of the Tri-State Consortium, the BOE reviewed various procedures and how it might want to update them with the start of Scarice’s tenure.

“You’re conducting a business here,” he said. “It’s not just a show-and-tell meeting, so we have to stay focused.”

The theme of time management touched on several aspects of the way current board meeting are run, including the practice of allowing public comment after almost every agenda item.

“I think we’re the only one in the state,” BOE member Elaine Whitney said, that allows such extensive comment.

“It’s cultural,” said Vice Chair Jeannie Smith, who said she has long considered it something that should be changed.

“They’re always able to access us to communicate,” she said, through email, but in-person comments at the podium can sometimes become emotional and too specific.

“It just kind of derails some of the work,” she said, noting depending on the issue it can become very drama-filled.

On the other hand BOE member Lee Goldstein spoke in favor of it, saying that other boards and commissions in town do likewise and with no three-minute limit on comments. (In fact, the Representative Town Meeting often imposes such limits on public comment.)

“It is a participatory Democracy (and) I feel very strongly that we should keep it,” she said.

BOE Vice Chair Jeannie Smith listens to comments from her fellow board member. (CLICK TO ENLARGE) Jarret Liotta for WestportNow.com

Scarice said in Madison they have two specific sections in a meeting for public comment, though they are open to any topic.

He also noted the inclusion of a consent agenda — a timesaver that centralizes some of the more technical items that require approval into one, such as minutes and smaller fund transfers within the budget.

“It’s all basic stuff that requires approval in one big batch,” he said.

Scarise raised the question of exactly how board members should be allowed to communicate with him separate of meetings — through the chair as a representative or individually if they so desired.

“It’s easy for a superintendent to get bogged down in his or her office with phone calls from the board,” Brooks said, noting it is customary in many places to allow only the chair that access.

But several board members said it is not something that has been abused in the past, and that in Westport the BOE does not seek private information from his office on particular staff or students, as Scarice suggested can happen at times.

At the same time, she said and other board members said they should always have access to relevant information, not just the chair.

“It’s nobody’s information to own,” she said. “It’s all our information.”

Likewise BOE member Elaine Whitney said there should be something of a basis of trust between them, that they would not, as individual members, abuse that access to Scarice.

“You could be candid with us,” she said. “If we were to ask a question that was inappropriate and not board-related, please let us know.”

Getting information in a timely manner from Central Office was also an area that BOE members asked Scarice to give his attention to, particularly prior to board meetings.

“We have struggled for literally a year to get our backup materials in advance of the meeting,” Chair Candice Savin said.

Scarice said things will be different under his leadership.

“We always try to finalize it by the end of the day on Thursday,” he said, giving members — and hopefully the public — several days to look over material before the regularly scheduled Monday night meetings. 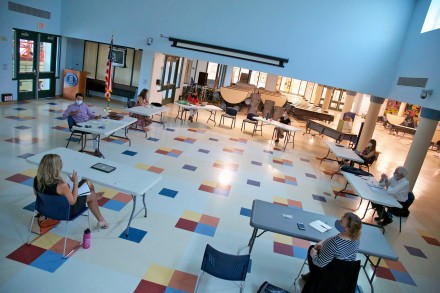 The Board of Education today held its first in-person meeting in several months at Staples High School. Participants wore masks and were socially distant. (CLICK TO ENLARGE) Jarret Liotta for WestportNow.com 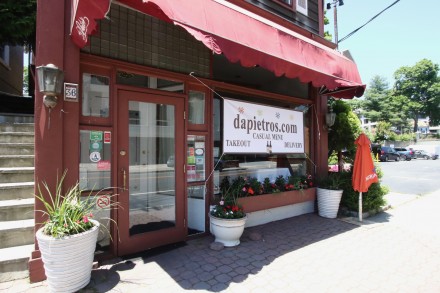 After a 30-year run, Da Pietro’s, 36 Riverside Ave., has closed for good, another victim of COVID-19. It was only last month that the Italian restaurant had reopened for takeout and delivery. “The impact of COVID-19 has made it impossible for us to continue service without a robust takeout demand. As such, our run has come to an end,” said owners Pietro and Janine Scotti in a letter to customers. “Please know as we say goodbye from Da Pietro’s, we look to our future with so much joy, adventure, optimism and endless gratitude. Let the good times roll for us all!” (CLICK TO ENLARGE) Dave Matlow for WestportNow.com 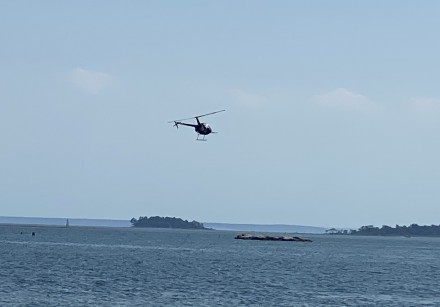 A helicopter apparently taking part in a search for two kayakers reportedly in distress flies over Compo Beach waters today. Police mobilized their marine units and the fire department added its rescue assets in search of the kayakers. They were later located unharmed. (CLICK TO ENLARGE) Meredith Holod for WestportNow.com

The state said today its Westport COVID-19 case count was up five to 312 (297 confirmed and 15 probable) while the number of deaths was unchanged at 23.

The figures include weekend counts as the last report was Friday.

The state reported 259 additional cases since Friday out of 24,692 tests, along with three more deaths.

The state currently has 69 patients hospitalized with COVID-19, down from 95 on Friday and nearly 2,000 at the peak of its outbreak. Connecticut now has the least coronavirus transmission of any state, according to one estimate.

Gov, Ned Lamont said today Connecticut will delay the third phase of its reopening process. Restrictions will remain on gatherings, indoor dining, gyms and entertainment venues for the near future.

“We had said maybe we consider larger gatherings for outside … let’s take a pause on that,” Lamont said. “Let’s keep to 25 people inside … and 100 people outside where it’s much easier to social distance. if we’ve learned one thing it’s how much safer outdoors is than indoors.”

Lamont did not immediately offer a new date for Phase 3, which had originally been scheduled for July 20.

The New England Chowdafest announced it will be holding another “Clambake to Go” effort on Sunday, July 26.

“We are beyond surprised on how well our Taste of Summer effort went,” said Jim Keenan from Chowdafest, referring to the June 21 inaugural event.

Each clambake includes a meaty and banded 1.5-pound lobster, clams, mussels, sausage, potatoes and corn on the cob plus it comes all in one pot that the customer gets to keep.

Cooking is easy and quick as you just add either water, beer or wine to each pot which takes between just 20 and 40 minutes to steam depending on how many clambakes you order.

“Clambakes To Go” can only be picked up at The Westport Hub on Sunday, July 26 during available pick-up times chosen by the customer.

Dinners are $42 each and only available online at http://www.ClambakeToGo.com up until the cut off date of Thursday, July 23.

Customers are recommended to bring a cooler if they have one, to help keep their clambakes cool until they cook them later in the day. They are also reminded to bring their ticket so they can be quickly scanned and their order brought to their car.

While, supplies last, this effort includes two Summer Ales with each meal, compliments of both Sam Adams and The Blind Rhino Restaurant in Black Rock. This way you can either cook with them or toast someone with them.

The folks at Polar Beverages are anxious to provide everyone with a new slim can of one of their summertime flavored seltzers as well.

Adding another sweet benefit to ordering early is Cabot’s Creamery will again, provide their butter for your lobster, clams, mussels, potatoes and corn of the cob that comes in the clambake. You will also receive your lobster bibs, wet naps and “Shuckneer” lobster tool.

The Taste of Summer brought to you by Chowdafest and is sponsored by Cabot Creamery, CCO Habitats, Copp’s Island Oysters, Polar Beverages, Sam Adams, The Blind Rhino and The Westport Hub.

Douglas T. Dryburgh, a graduate of Staples High School, class of 1987, died recently after a courageous battle with cancer. He was 50.

Douglas arrived in Westport from Palos Verdes, California as a sophomore.  He quickly adjusted to life at Compo Beach and became an intricate part of the lifeguard program.

His love of music lead to the creation of a band, Pseudo Blue.  They became an immediate success and the Battle of the Bands was created.

Douglas lasting effect on Staples High School is his founding of a charter for the Key Club, a Kiwanis organization.  This club today is the largest service organization at Staples.

Douglas graduated from Regis University in Denver, Colorado with a degree in international business and a masters of business degree from Northeastern University in Boston.

He is survived by his Wife, Rebecca, Children, Nikko, Abigail and Grant,  his brother,  Alec, and family of Charlotte, North Carolina, and his parents, Doug, Sr. and Jeanette of Westport. 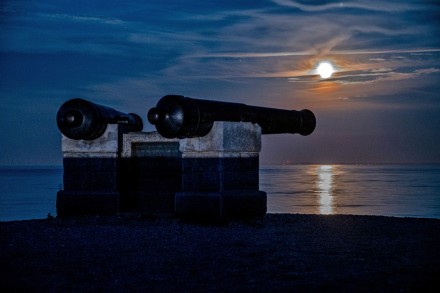