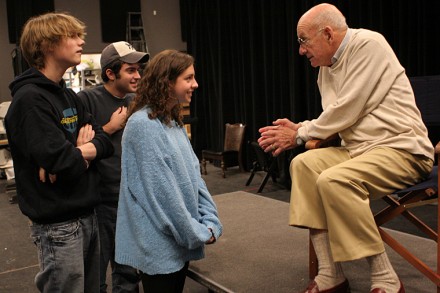 Tony Award-nominated writer Bill Brown visited with the Staples Players at Westport’s Staples High School today. He is the author of “The Wiz,” which won seven Tony Awards when it was on Broadway in 1975. Brown spoke to students for more than an hour and then answered questions. The Staples Players production of “The Wiz” opens Nov. 1, and Brown told the group he plans to attend the performance. (CLICK TO ENLARGE) Contributed photo

One thought on ““The Wiz” Author Visits Staples”