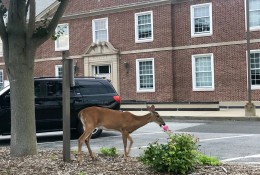 In place of its annual dinner, the 2019 awards were announced during a CTSPJ virtual ceremony. See the complete list HERE.

WestportNow competed against both online and print organizations in the “hyperlocal” category, which included news organizations covering one or several communities or having a limited coverage area.