The following winners were announced in the float competition in today’s Memorial Day parade, which had the theme “Honoring Veterans of World War I:” 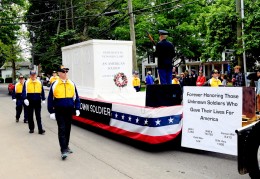 Most Creative Float: Builders Beyond Borders